A Global Perspective on the Sports Nutrition Market 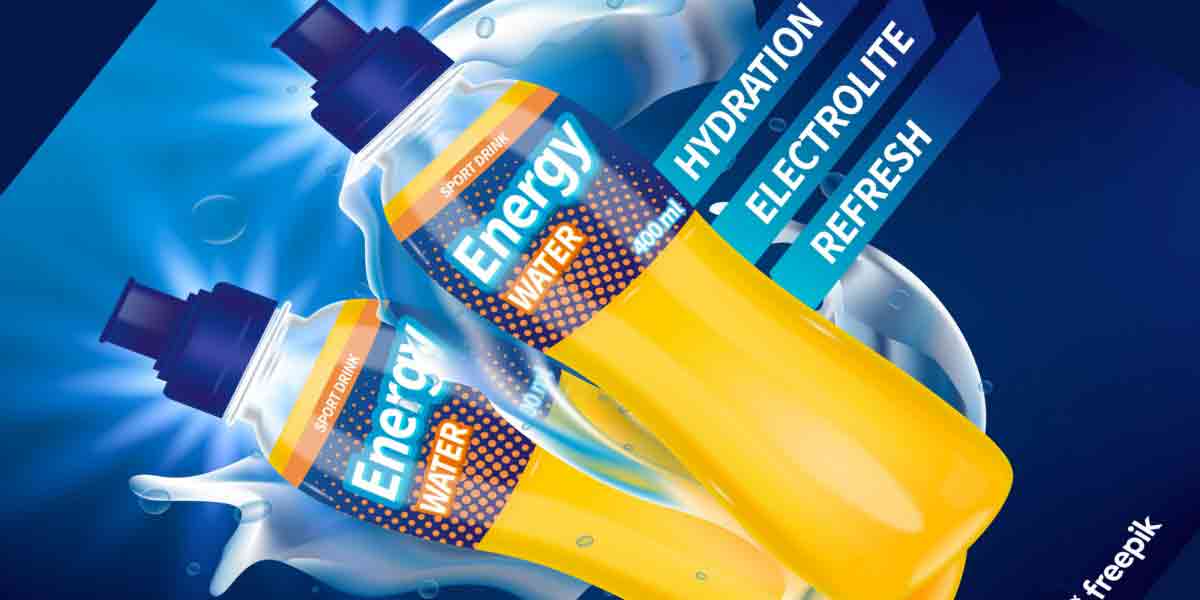 PROTEIN POWDER REMAINS the undisputed top contender in the global sports nutrition category, affirmed Carolina Ordonez, MBA, Senior Consumer Health Analyst, Euromonitor International (affiliation during seminar). In her presentation “Global Trends, Drivers and Prospects in the Sports Nutrition Market,” Ordonez provided a global perspective on the sports nutrition market, including insights into the hows and why protein powder remains the top contender…and why the industry should pay particular attention to the rise of category micro-influencers.

“Eighty-two percent of the global sports nutrition category today is represented by protein products,” said Ordonez. It is also growing at the fastest rate found within the broader consumer health products industry. “This category was valued at $13.6 billion globally in 2017 and is expected to grow at a 6.8% annualized rate between 2017-2022. This surge is also reflected in sports nutrition-product e-commerce sales, which grew at an 18% annualized rate between 2012-2017, to reach $3.2 billion in the U.S. by 2017.”

Globally, sports protein powders generated $11.2 billion in sales in 2017. Ordonez predicted that they would experience 7.1% annualized growth over the next five years. 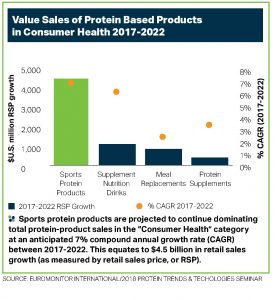 Ordonez noted that consumer drivers behind sports protein consumption are changing. “It’s not that people don’t want to lose weight anymore, but they do want to use fitness and weight management strategies to get there. They no longer believe in magic pills.” Thus, she notes a gradual shift in focus from pure athletics to a more broad-based approach to lifestyle issues, perhaps reflective of an aging population demographic.

In the U.S., the sports nutrition protein category switched from being dominated by bodybuilders to people who chose sports nutrition for a variety of health, weight or lifestyle reasons, noted Ordonez. While the number of older people consuming protein powders to avoid sarcopenia, or a loss in muscle tissue, has increased, the number of younger consumers influenced by vegan, vegetarian and flexitarian practices has also grown. This has been driving growth in plant-based protein sales.

Also, Ordonez believes the emerging Generation-Z (also known as iGen – ed) merits a closer look. She estimates that vegetarian, vegan and flexitarian trends will grow under their influence. This emerging generation of consumers is a heavy follower of micro influencers.

What is a micro-influencer? Whereas traditional market research focuses on fitness or lifestyle demo-graphics, “We need to consider how human beings associate to form crowd or tribal cultures that help de-fine our social, fitness and health practices,” explained Ordonez. It’s that influence that defines a micro-influencer. She cited the examples of Josh and Sarah Bowmar, an online fitness training and nutrition ad-vice-giving couple who developed an online presence that now claims about one million followers. “In one trade show I attended, the longest and slowest line that I observed was at the Bowmar’s booth. The Bowmars saw an opportunity to launch their own sports nutrition company, following the success of their website [www.bowmarfitness.com].”

The next evolution of online marketing will involve close coordination between online suppliers of protein products and such micro-influencers, according to Ordonez. There are plenty more people out there, like the Bowmars, for every fitness and nutrition “tribe” imaginable, she concluded.

This presentation was given at the 2018 Protein Trends & Technologies Seminar — Protein Ingredients: Business Strategies