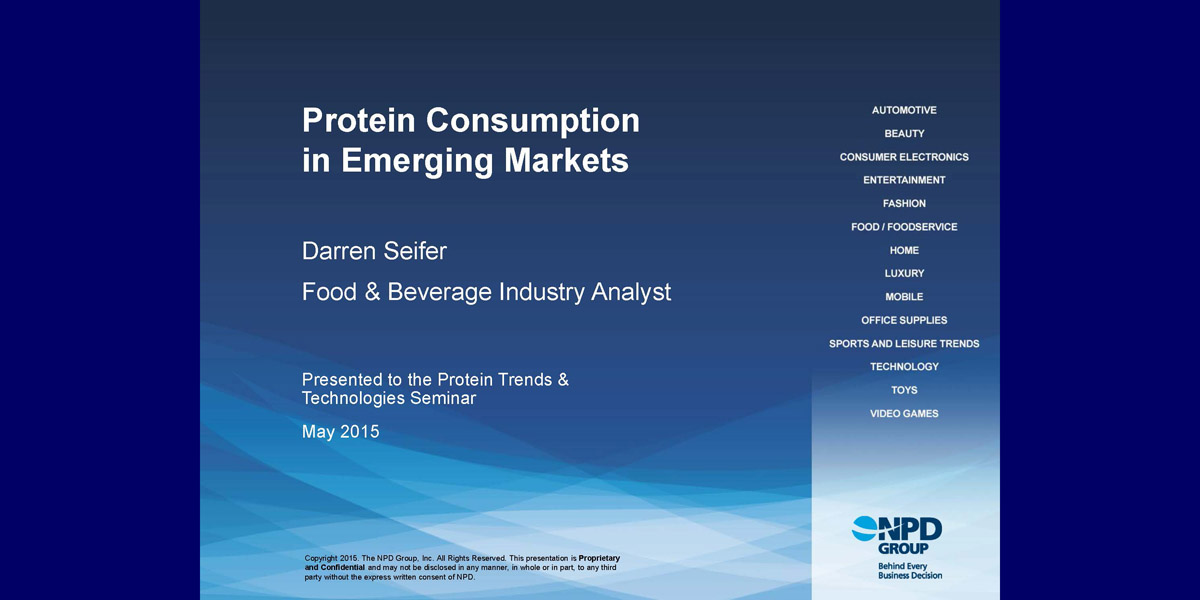 Abstract: Culture plays a major role in the foods and beverages we consume each day. In this session we explored protein’s role in the typical day of people in the emerging markets of Brazil, Russia, India, Mexico, and China (BRIMC), how this is similar or different from people in the United States, and what are the biggest challenges for preparing their meals.

Excerpt from the written summary of this presentation: These foreign markets also tend to be more connected to their ingredients. Citizens in Russia and Mexico make meals from scratch roughly 60% of the time, while those in Brazil notch 65%, China 70% and consumers in India a staggering 85%. “There’s a lot more hands-on involvement in preparing their foods,” Seifer said.

As for what proteins they’re eating during these meals, Seifer broke it down as follows. Mexico, China and the U.S. favor eggs in the morning, while Brazil is likely to have cheese, as well as eggs. Brazil, Mexico and China are all likely to have meat in the afternoon, but Brazil and Mexico are just as likely to have poultry.

China is likely to have meat and seafood in the evening, while Brazil and the U.S. often have meat and poultry. Russians are all about variety when it comes to their proteins.

Click here to view the written summary “Protein Consumption in Emerging Markets” of this presentation.

Click on the button below to download a PDF of Seifer’s PowerPoint presentation “Protein Consumption: Emerging Markets.”