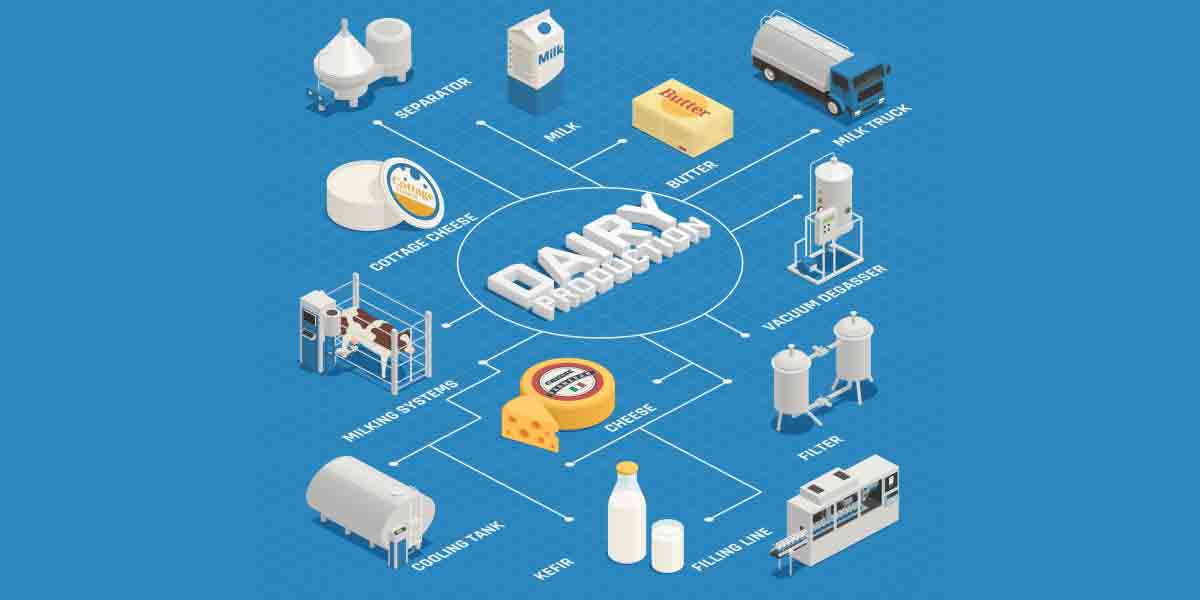 June 7, 2016 – In discussing dairy protein market forces to watch, Duane Banderob has noticed that the conversation has shifted in recent years in regards to milk production. Cow production amounts used to be the central topic—farmers bragged about their cow populations and how much each would yield—but now it’s all about milk components, noted Banderob, MSc, Chief Operating Officer, Dairy. com; and Leader, Consulting and Market Intelligence Services, Blimling and Associates.

Typical points of discussion, said Banderob, now revolve around questions such as: “What’s your fat test? How much protein do you get out of that cow? Should we go to Jerseys, because the cheese yield is higher?” He continued, “We’ve seen this shift in the industry, as consumer trends have moved to protein fortification, and health and wellness.”

Milk from cows is typically between 12-14% solids. Separating out proteins is a difficult and complicated process and, therefore, it’s expensive. For example, 100lbs of milk makes 10lbs of cheese, 0.6lbs of whey protein concentrate that contains 80% protein (WPC 80), and 4.7lbs of permeate, or 3.1lbs of lactose. In other words, four tanker loads of whole milk would be required for one pallet of WPC 80. The milk protein concentrate (MPC) world isn’t quite as dire, Banderob added, as 100lbs of milk makes 3.5lbs of MPC 85, 9lbs of cream and 5.2lbs of milk permeate. A truckload of MPC 85 requires 24 tankers of milk.

As most well know, there is definitely a high demand for proteins, Banderob said, and much is also available. The U.S. is the primary global supplier of WPC 80 and WPI, with 60% of the market. However, it supplies a smaller portion of MPC than New Zealand, with a 42% market share of MPC 80/85. The EU has 28% of WPC and 17% of MPC market, even though EU’s total milk production is 6.8 times larger than New Zealand’s and 1.6 times larger than the U.S.’s.

With the EU’s production quotas now a thing of the past, its milk production has grown significantly. This has meant billions in new investments in the form of value-added proteins and infant formula. In order to compete for the high-protein space, American producers are likewise increasing new investment—especially for WPC 80 and WPI [which generally are 90+% protein], according to the USDA. Banderob opined future investments for dairy may include native whey, micellar casein, protein fractions and hydrolysates.

New Zealand’s export market has been stable for the past 15 years, while the U.S. and EU have grown significantly. The U.S. has roughly half the global market share. “It’s already a global marketplace, but it’s going to become a battleground for proteins.”

Demand is booming in Asia, which accounts for nearly half the global whey protein imports. In particular, China has had the fastest growth in demand in the past decade, followed by the U.S. Despite the demand, milk output is expanding to the point of oversaturation, Banderob said. In 2015, output grew by 9 billion lbs., while prices in EU have shown continued drops since 2014, and global forecasts show a very slow price recovery.

While the near future may mean bad things for rural farmers, it’s a good time to be a protein formulator.