Taking the Pulse of Pulses 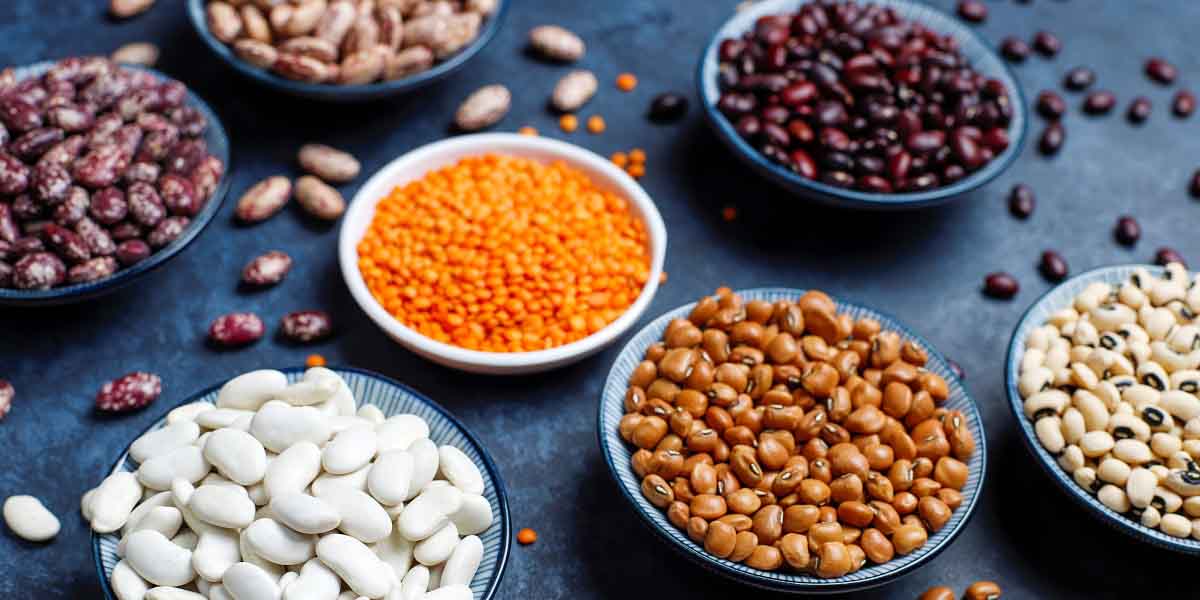 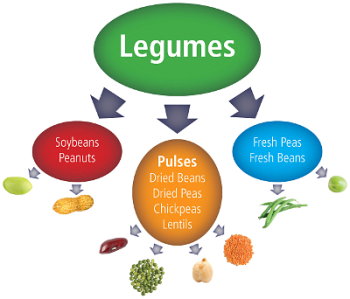 Proteins, or rather the essential amino acids they contain, are fundamental nutrients for human survival. Proteins are obtained from plants, animals and even fungus (e.g. mushrooms) and algae. Pulses are a subcategory of legumes. In the following summary “Taking the Pulse of Pulses,” production factors, global types, applications and consumption of Pulses are reviewed.

Pulses are a primary source of proteins for much of the world’s population. The FAO estimates annual global pulse production of some 60 million metric tons (MT) per year. Due to their dehydrated state, pulses are key food sources in regions of the world where refrigeration is rare. Consumption has increased in developed economies due to their healthful nutritional profile and their ecological sustainability.

The FAO recognizes 11 primary pulse categories. They include Dry Beans (which is comprised of a large range of familiar products such as pinto, kidney and navy beans) to small categories such as Lablab purpureus. Some categories such as Vetches and Lupins are used primarily for animal feed.

According to an up-coming report by BEST VANTAGE Inc. , created by Dan Best, MSc, MBA, President, seven categories account for 98% of the world’s production of pulses as tracked by the FAO in 2010. Ranked by production volume, the seven categories are: Dry Beans; Chick Peas; Dry Peas; Cow Peas; Lentils; Broad or Fava Beans; and Pigeon Peas.  All but two (Cow Peas and Pidgeon Peas) are important trade commodities.

As food staples, pulses are ingrained in a country’s agricultural system and cuisines. While some statistics are predictable, there also have been rapid and unexpected changes. For example, India is the world’s largest producer of pulses with some 25% grown on Indian soil. However, with a large vegetarian population, India also consumes some 30% of the world’s global production.(1) In contrast, Canada has rapidly ascended to one of the world’s top producers and exporters of pulses and now accounts for approximately 35% of global pulse trade each year. In 2011, Canada exported a record 4.7MT of pulses worth nearly $2.7 billion.(2)  Africa’s Ethiopia is also one of the world’s larger producers and exporters of pulses. It ranked fourth in global exports of Broad/Fava beans in 2009 (even exporting a small amount to Canada in 2010!

While the word “pulse” is not familiar to most consumers, foods made from pulses are. In the U.S., from well-seasoned lentil or split pea soups to bean burritos or the skyrocketing consumption of hummus, pulses provide popular fare.

The BEST VANTAGE report will provide an overview of international uses of pulses. Just a miniscule sampling from other countries includes douchi (black bean sauce) in China, falafels (Chickpeas or Broad/Fava beans) in the Middle East, urad dal (spicy lentils cooked with kidney beans) in Pakistan and, of course, an expansive range of bean-based burritos, soups and stews in Latin American.

Beyond the expected savory-flavored main meals and side dishes, pulses can be found in creative dishes. Pulse foods are also markers of global migration through the millennia. There is the chickpea flour bread known as socca in France, farinata in Italy and faina in the Genoese dialect. This bread recipe migrated to Argentina where it also is called faina. Glass or cellophane noodles, made from mung bean extract, are traditional fare in many Asian countries. And, desserts and beverages are not to be left behind.

Azuki red beans are made into anman, a sweet bun dessert in China. Indonesia has gandasturi, a fried sweet bread from mung beans. In Thailand, colorful and novel luuk chupmarzipan is made from mung beans, sugar and coconuts. 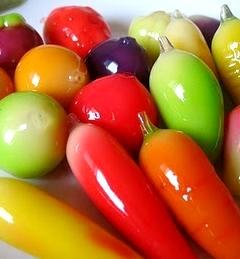 Bean and pea pulses are the bases of desserts and even beverages in other countries. Thailand uses mung beans for a marzipan-like dessert called luuk chup.

With their critical nutritional profile as a key source of protein and their traditional role in global cuisines, pulses became a key topic in Global Food Forums, Inc.’s “2013 Protein Trends & Technologies Seminar.” Chef Charlie Baggs, executive chef and president of Charlie Baggs, Inc., presented the topic “Pulses: From Global Staples to On-trend Products.” Providing innovative insights and thoughtful considerations in how to work with these ingredients. Chef Baggs and crew also sampled foods for both the education and enjoyment of the attendees.