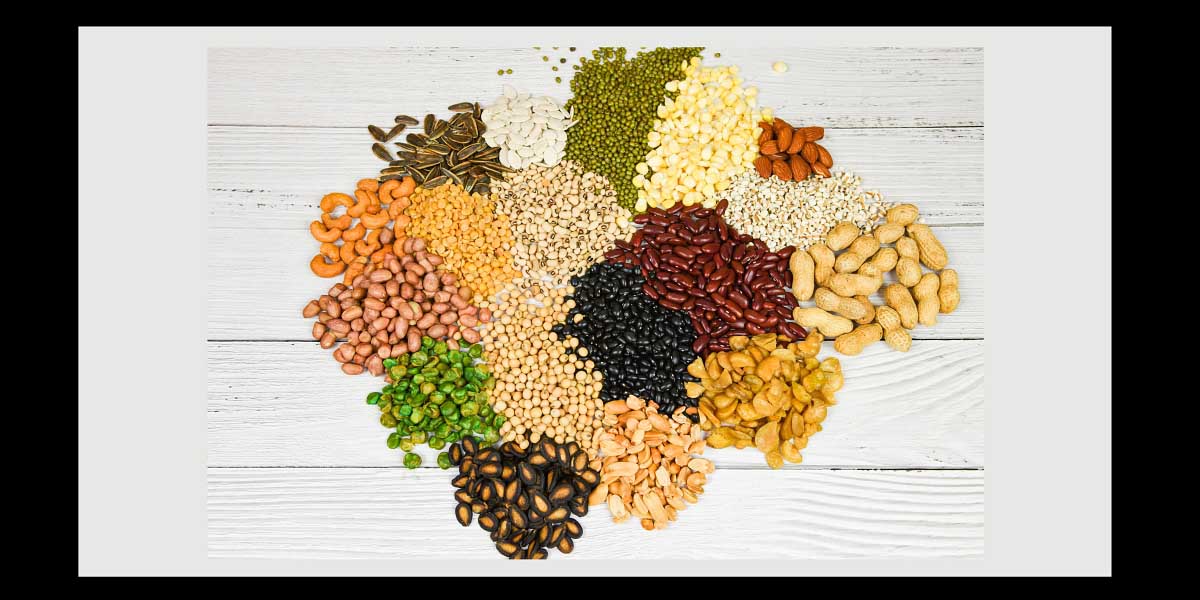 Chicago, November 30, 2015 – Protein savvy food formulators see increased use of diverse proteins in formulated products. This was the major finding of a survey of participants at a recent 2015 Protein Trends & Technologies Seminar staged by Global Food Forums, Inc.

Respondents in this focused study, referred to by Global Food Forms as being “Protein Knowledgeable” were selected based on their direct involvement with protein ingredients in R&D, product development and formulation to ensure a sophisticated analysis. Thus, the survey results are unique and insightful, but not comparable to other general surveys of this subject. Initial reactions to the survey findings from food industry marketing managers have been highly positive. 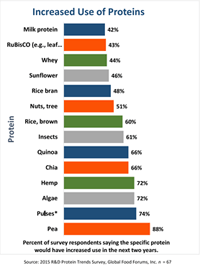 Those surveyed were asked “Do you see the use of the following protein types (i.e., concentrated protein powders and/or high protein content flours) in formulated products as decreasing, increasing or remaining the same in the USA in the next two years?” Some 30 different types of proteins were then listed. “Pea” protein ranked at the top with 88% of respondents saying it would have increased use. “Pulses (not pea)” followed with 74% of the technical respondents indicating increased use. “Algae” and “Hemp” each with 72% came in next and were followed by “Quinoa” and “Chia” each with 66%, “Insects” had 61% of respondents indicating increased use and “Brown Rice” 60%.

Some of the protein types identified are just now becoming commercially available to the food industry such as duckweed (Lemna minor, Wolffia), which suggests that food formulators are searching out new approaches to provide the desired protein content in their products. It also underscores the critical importance attributed to protein as an ingredient in contemporary food formulation. 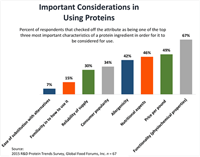 It should be remembered that increased use of any particular protein is not correlated to the volume of that protein that will be used in food products. For example, while many more of the food scientist respondents felt insect protein would increase in use as compared to soy protein, soy has one of the largest market shares of commercially used proteins in the world while insect protein are not yet widely available on any type of scale.