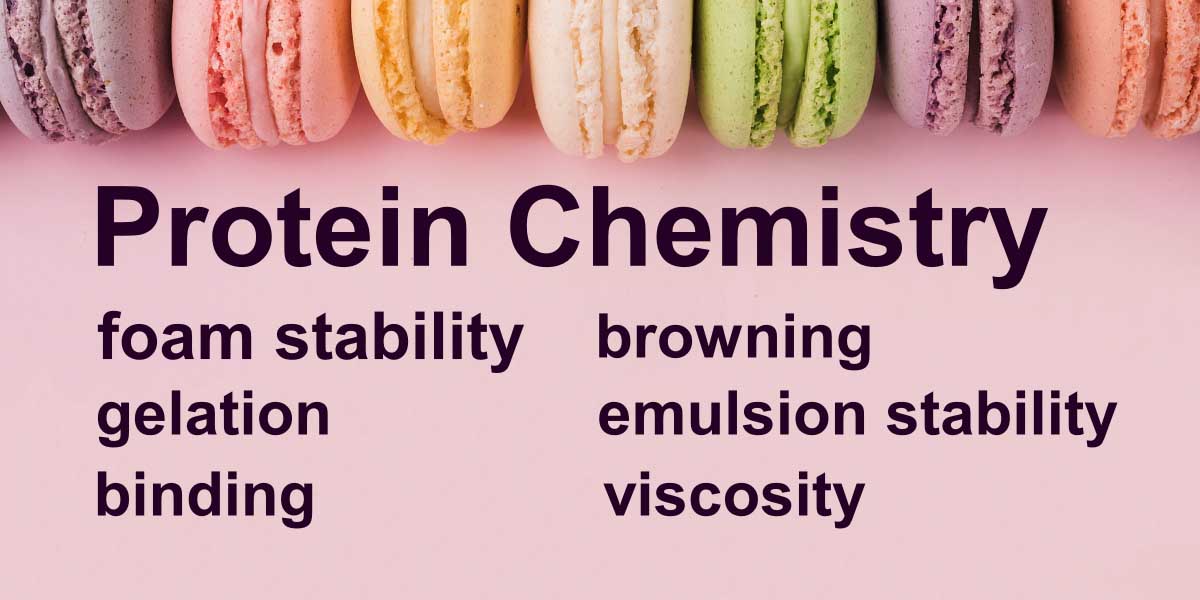 August 20, 2013 – Proteins are added to food for nutritional reasons and for their functionality. Functional abilities include viscosity enhancement and water binding; gelation; aeration and foaming; and emulsification with contributions to a food’s flavor, texture and color. The intricacies of protein chemistry and formulation needs is explained below.

When formulating a food or beverage, it is advisable to first consider why a protein ingredient would be used. For example, if it is just for viscosity or emulsification, alternatives such as starch or a lipid-based emulsifier should be considered, because proteins are the most expensive macro-ingredient as compared to carbohydrates and fats.

Beyond functionality, other factors that influence which protein is chosen for a product’s formulation include the percent of protein within the ingredient, digestibility, allergenicity, label simplicity, desired label claims, animal welfare, and amino acid profile and score. A wide range of food components can contribute proteins at a wide range of costs. For example, clams, such as those used in chowder, are an expensive protein source, while soy flour and soy proteins are one of the most economical. They offer good nutritional quality, and the soy industry provides soy proteins in numerous forms for specific needs. 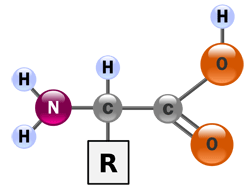 Proteins have four levels of structure. The first degree of structure is the order of amino acids of which the protein molecule is composed. Amino acids contain an amino and carboxyl group, with additional side chains that are aliphatic, aromatic, basic and so on, which determine a protein’s properties in nature. The second- and third-degree structures determine the three-dimensional organization of the protein chain, and the fourth degree defines the spatial relationship between the protein molecules. The structure of a protein molecule governs the function. For example, of the two primary proteins found in milk, some 80% is casein with most of the rest being whey proteins. Casein contains strongly hydrophobic regions; has a random coil structure; and is relatively heat-stable but unstable in lower-pH environments. Whey proteins have a balance of hydrophobic and hydrophilic areas; are globular in structure with many helical segments; and are easily denatured by heat—that is, they are unstable to heat. However, they are more stable to low-pH levels than is casein.

Protein denaturation is an important phenomenon influencing how these molecules behave in food. Denaturation unfolds the protein molecule, exposing its hydrophobic side groups, enabling them to participate in reactions. Many factors denature proteins, including temperature, pH, shearing, high pressure, organic solvents, salts, (such as citrates and phosphates); and oxidizing and reducing agents, such as vitamin C (ascorbic acid) or the amino acid L-cysteine.

Other aspects are influential in the denaturing process. For example, water tends to promote denaturation, while salts and sugar can stabilize proteins. Denaturation is generally reversible under mild conditions, unless protein hydrolysis, deamidation or aggregation occurs.

When a protein molecule is denatured (i.e., unfolds), non-polar regions of the protein orient themselves toward the gas (air) or lipid phase of a food, while polar residues orient toward the aqueous (water) phase of the food matrix. When the hydrophobic groups are exposed to the aqueous phase, the protein loses solubility. Other effects of denaturation include altered water-binding capacity; potential loss of biological activity; increased viscosity of the fluid; and the protein is more susceptible to enzymes (proteases).

The summary above is an excerpt from the “2013 Protein Trends & Technologies Seminar Magazine.”