Of Allergens and Proteins 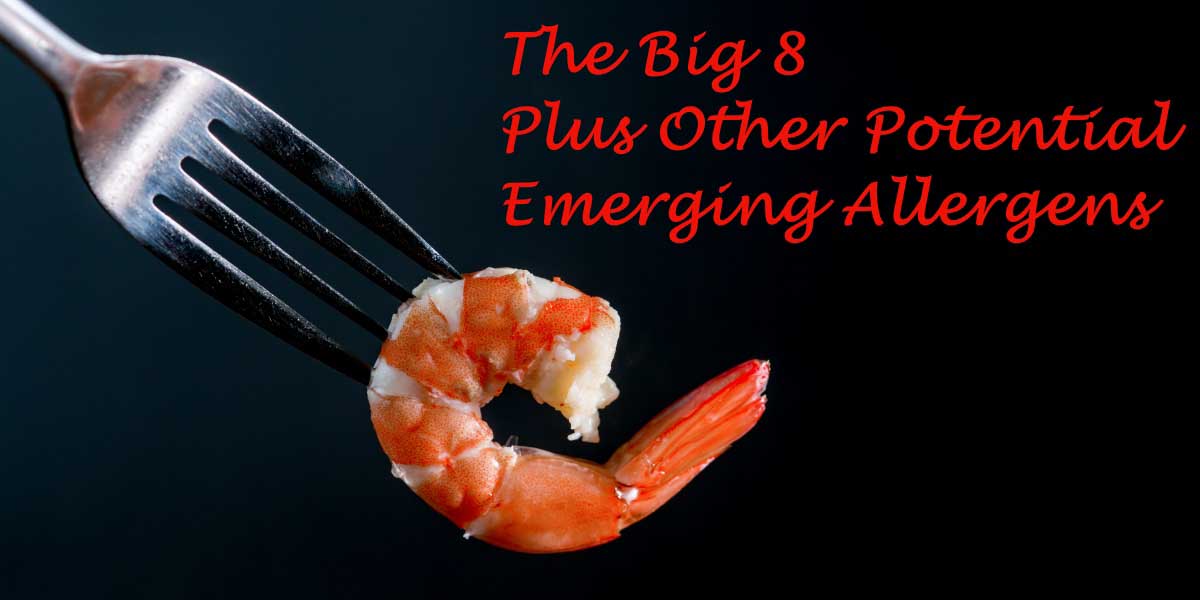 June 1, 2015 — There are a lot of myths about food allergens, including the myth that certain proteins are non-allergenic. In fact, every protein has the potential to become an allergen. The key to dealing with allergens is careful management within manufacturing facilities and clear communication to consumers on the food label. Addressing these misconceptions, Steve Taylor, Ph.D., Food Allergy Research & Resource Program, University of Nebraska spoke of allergens and proteins at the 2015 Protein Trends & Technologies Seminar. Click below to download a PowerPoint of this presentation.

Any novel food could potentially become allergenic. Click on chart to see a larger PDF version.

Food allergies are abnormal responses of the human immune system to substances in food. “When an individual is exposed to protein, that exposure can stimulate the creation of IgE antibodies that create sensitivity to that protein. Individuals don’t have symptoms during the sensitization phase. The next time the individual is exposed to the protein, however, the body reacts and releases a host of physiologically active substances in tissues and the bloodstream,” explained Taylor in his presentation titled “Allergens—It’s Really Just a Management and Communications Issue.”

Eight foods (cows’ milk, egg, crustacean, fish, peanut, soybean, tree nuts and wheat) are the most common causes of food allergy. These Big 8 are responsible for 90% of all food allergies on a global basis. Common allergenic foods in other countries include buckwheat in Japan and lupine in the EU. Kiwi was introduced into the human diet in the last half century and is now the most common allergenic fruit in Europe and the U.S., Taylor went on to say.

The most common allergenic foods tend to be consumed frequently and in relatively large quantities. With the exception of crustaceans, they are typically consumed in early life stages. Most are excellent sources of protein. Another factor that determines allergenic capability of a food is resistance to digestion in the stomach, which allows the proteins to enter the small intestine in an immunologically active form.

To predict the allergenic potential of a novel protein, one should first perform a thorough review of global allergenic literature. Explore if the protein ingredient is allergenic in other countries; if it contains a potentially cross-reactive protein; or if it is botanically related to other allergens. Insects are invertebrates, as are crustacean shellfish. Taylor recommended putting a warning on insect ingredients, such as “Not suitable for individuals with shrimp allergies.”

There are four main families of plant-based food allergens.

• Prolamin superfamily—this includes Ara h 2, which is present in peanuts. This family includes allergens in walnuts, peanuts, sesame, mustard and sunflower. It also includes gliadin, a component of gluten.
• Cupin superfamily, which includes seed storage proteins, peanuts, soybeans and other legumes.
• Bet v 1 family, which is present in birch trees.
• Profilins, present in all species of animals and plants but not a major concern, because they are heat-labile.

Foods should not be marketed as non-allergenic. It would be more accurate to state that the product “contains no commonly known allergenic foods.” Companies working with novel protein ingredients might consider seeking insights from the FDA as to how that organization will handle new information about potential allergens, advised Taylor. Companies should also be aware that regulations for novel food products in other countries may differ from U.S. regulations. With clear labeling, consumers who develop allergic reactions will be able to avoid the offending food. Allergenic potential should not be a deterrent to marketing of novel food protein sources.