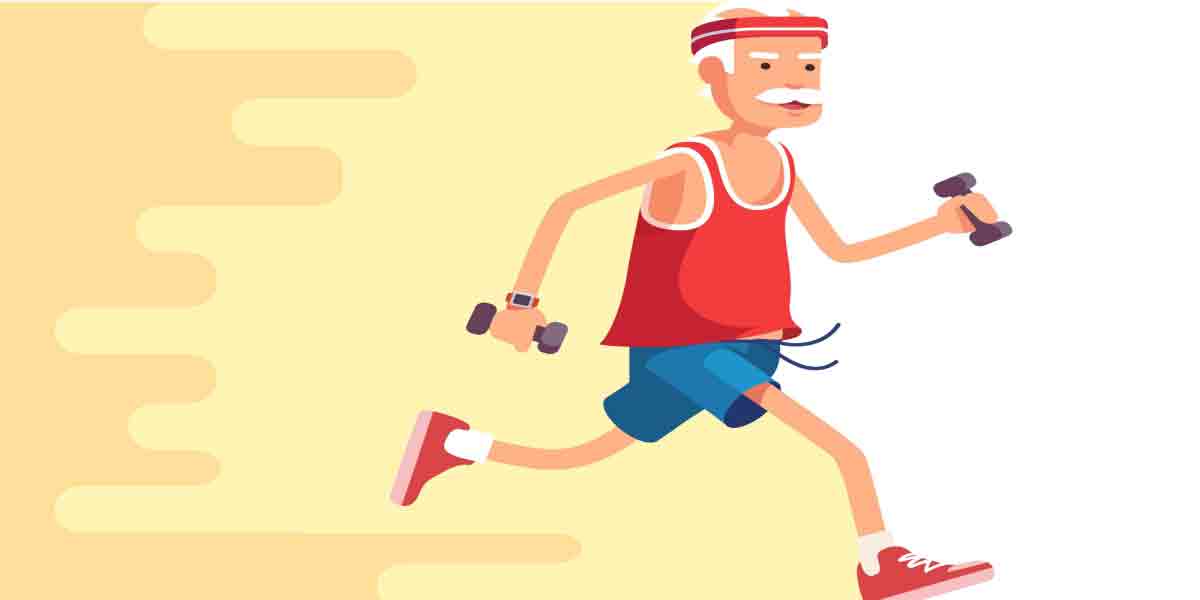 June 1, 2018 — Recent advances in research show protein’s potential to improve health status in aging adults, according to Douglas Paddon-Jones, Ph.D., FACSM, Department of Nutrition and Metabolism; Center for Recovery, Physical Activity and Nutrition; The University of Texas Medical Branch, Galveston. Paddon-Jones spoke on the topic “Nutrition Strategies to Protect Muscle Health During Aging: The Value of Protein.” The most effective interventions to reduce muscle loss during aging include physical activity, overall nutrition and protein, he stated.

Paddon-Jones’s research has shown that the ingestion of sufficient protein is important for muscle protein synthesis (MPS) and maintenance of muscle mass and function. He described a study that looked at MPS in healthy young (41 years +/- 8) and elderly (70 years +/- 5) adults (Symons, TB et al. 2007. Am J Clin Nutr.). Basal MPS was measured prior to and after the consumption of a 4oz serving of lean beef containing 30g of protein. “Very encouraging results showed that decrements in MPS did not occur in the elderly,” noted Paddon-Jones. “There was a 50% increase in MPS, suggesting that aging doesn’t impair the ability of the body to build and repair muscle.” 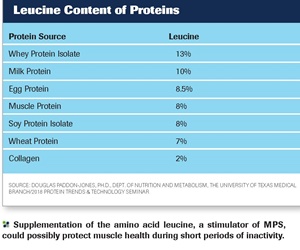 Click on image to open larger PDF of the chart.

Recognizing that typical intakes of protein are much greater than 30g, further research sought to compare changes in MPS following a single moderate serving (113g; 220Kcal; 30g protein) or large serving (340g; 660Kcal; 90g protein) of lean beef in young and elderly adults (Symons et al. 2009. J Am Diet Assoc.). Despite a threefold increase in protein and energy content, there was no further increase in MPS. “This is a powerful example that suggests an ‘intake ceiling’ of 30g of protein for optimum muscle building,” he said.

“Our research suggests that protein intake should be optimized at every meal to positively impact MPS,” noted Paddon-Jones, “If you are consuming 65g of protein at dinner, your muscle is only using 50% of this.” His research has also shown that MPS is blunted in the elderly, when the quantity of protein is less than about 20g per meal (Paddon-Jones D and Rasmussen, BB. 2009. Curr Opin Clin Nutr Metab Care.).

Bed rest has a profoundly negative effect on muscle metabolism, mass and function in adults. In one study, patients remained in bed 95% of the time over four days with no activity. The remaining 5% of the time involved only about 15 steps per minute, resulting in rapid muscle atrophy. Middle-aged adults showed few phenotypic signs of aging, yet they may be more susceptible to inactivity than younger adults (English et al. 2016, Am J Clin Nutr.). “We need to start focusing on muscle health the same way as we do bone health,” Paddon-Jones stressed.

Nutrition is one area where a difference can be made. Paddon-Jones’s research also examined whether leucine, a branch-chain amino acid and stimulator of skeletal MPS, can protect skeletal muscle health during bed rest (English et al. 2016). Middle-aged adults (52 years ± 1) were supplemented with leucine (0.06g/kg/meal or about 4g/meal) or an alanine control during 14 days of bed rest. Bed rest decreased post-absorptive MPS by 30% ± 9% (Control group) and by 10% ± 10% (LEU group). Leucine protected knee-extensor peak torque and endurance. “Interestingly, leucine prevented an increase in body fat percentage and reduced whole-body lean mass loss after seven days,” noted Paddon-Jones, “but not at 14 days of bed rest. Perhaps leucine supplementation could partially protect muscle health during relatively brief periods of physical inactivity,” he concluded.

“Strategies to Protect Muscle Health During Aging: The Value of Protein,” Douglas Paddon-Jones, PhD, Professor, Department of Nutrition and Metabolism, The University of Texas Medical Branch.  This presentation was given at the 2018 Protein Trends & Technologies Seminar. Click here to access this presentation’s PowerPoint.