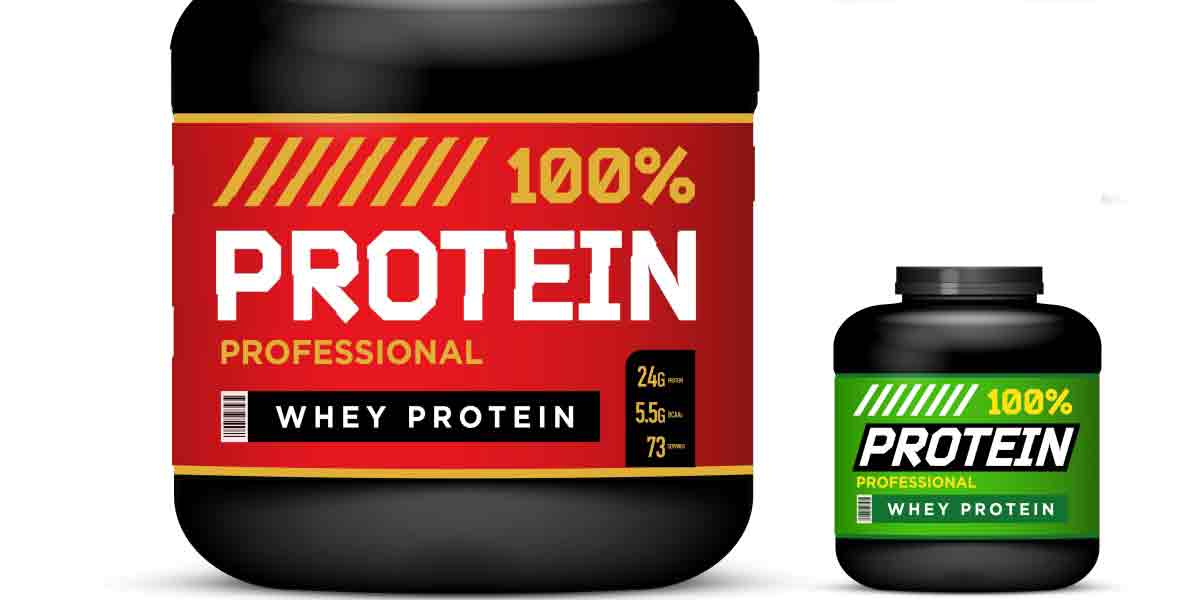 June 1, 2018 — At the outset of his presentation, “Formulating with Whey in a Fully Transparent Market,” Chris Lockwood, Ph.D., President, Lockwood LLC, described some of the advantages that protein possesses, including its function as the only major nutrient to stimulate muscle building (muscle protein synthesis, or MPS). Just a few of the many advantages of consuming more protein, in comparison to fat or carbohydrate, is that it promotes greater thermogenic effects, hunger reduction, and body fat and weight loss when combined with a calorie-restricted diet. Lockwood went on to discuss maximizing benefits in whey protein formulations. 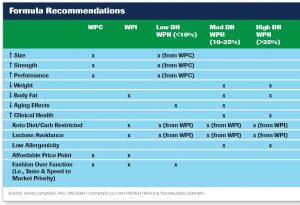 The type(s) of whey product selected for a formulation depends not only on the finished flavor, nutrition profile and price goals, but on the demographic target selected, as well. Click on image to see larger PDF chart.

Whey protein [for sports nutrition] is most often classified in one of three ways: As whey protein concentrates (WPC), whey protein isolates (WPI) or whey protein hydrolysates (WPH). Filtration and other purification processes are used to produce WPC and WPI, with WPI containing 90% or higher total protein. The final composition of WPH is influenced by enzymes and reaction conditions used, as well as the number of available bonds that are broken. Generally speaking, the greater the degree of hydrolysis (DH), the smaller the number of amino acids per peptide molecule and the more challenging the taste issues.

In an overview of its beneficial effects, Lockwood noted that whey stimulates muscle growth and elicits significant anabolic response to weight training. A study designed to assess rapidly digested proteins (i.e., whey and soy) and slowly digested proteins (i.e., casein) found whey to be 93 and 18% more effective than casein or soy, respectively, for MPS in men at rest (Tang, JE, et. al. 2009. J Appl Physiol. ). Following exercise, whey consumption resulted in 122 and 31% greater MPS than casein or soy. “These differences have largely been attributed to how quickly the proteins are digested and the leucine content in whey,” said Lockwood. “The faster the rise in blood amino acids, the greater the peak and total MPS response,” he explained.

“Whey can improve recovery speed, so you can exercise more and recover more quickly,” noted Lockwood. He illustrated findings in a study of 10 resistance-trained men who had been supplemented with WPI, soy protein isolate (SPI) and a maltodextrin-placebo control for 14 days, and then performed an acute heavy resistance exercise test (Kraemer WJ, et al. 2013. J Am Coll Nutr.

These effects may be explained by observations showing that plasma amino acids rise more rapidly as a result of some forms of WPH, compared to when consumed as an intact WPC (Morifuji M, et al. 2010. J Agric Food Chem.) “A study in 10 men also found that whey provided a significantly greater stimulation of insulin release than soy, and that the moderately hydrolyzed WPH tested was significantly more insulinotropic than intact whey. This collectively suggests that certain peptides and the amino acid composition unique to whey—and not just leucine or its fast absorption—as being behind this protein’s superior effects on human physiology,” Lockwood stated.

Lockwood acknowledged that there has been a movement to plant-based proteins by the food industry for many reasons. However, he stressed that “whey is the bodies first protein—it is the predominate protein in mother’s milk to support offspring development and growth.” Additionally, Lockwood indicated that whey is vegetarian; sustainable and renewable; can be certified non-GMO and/or organic; and is gluten-free.

There are many categories of whey available, and Lockwood noted that his research used a 32-degree DH derived from an 80% whey protein concentrate, “which is about as high as you’ll want to go, because the bitterness becomes overwhelming,” he noted. And, although less allergenic and seemingly more efficacious in terms of overall clinical health outcomes, the higher the DH, the more expensive the product becomes.

When a combination of a favorable taste profile plus speed to market are considerations, the best options include WPC, WPI and low-DH (<10%) WPH.

“Formulating with Whey in a Fully Transparent Market,” Chris Lockwood, Ph.D., President, Lockwood LLC
This presentation was given at the 2018 Protein Trends & Technologies Seminar.