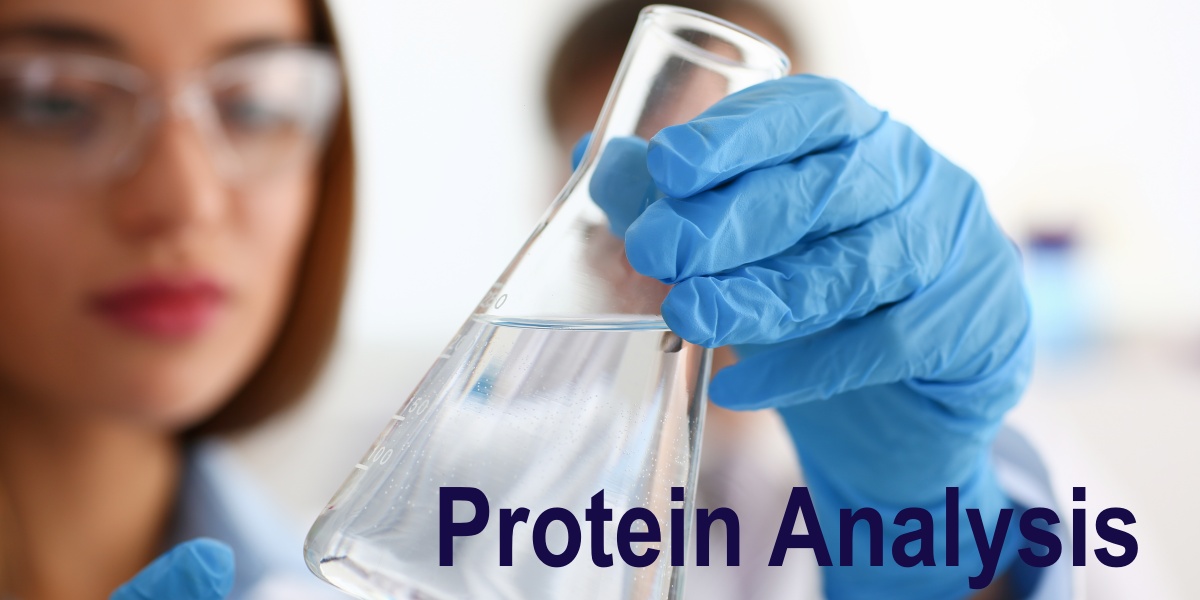 November 21, 2014 – Protein is vast and complicated and, as such, needs equally complex methodologies to analyze it. Joe Katzenmeyer, Chemistry Supervisor of rtech Labs, provided a crash course on common protein analysis methods to new developments used in determining protein quality.

“I like to tell people that the work my lab does bridges the gap between very traditional technology and very modern technology,” Katzenmeyer said, adding that his lab analyzes between 1,500-2,000 protein samples per month.

On the traditional side, there’s the Kjeldahl Method, which has evolved quite a bit since 1883 and is still widely used. In it, samples are boiled in sulfuric acid to convert the nitrogen into ammonium sulfate. The distillation involves adding sodium hydroxide and steam heat to release the nitrogen as ammonia; then the ammonia is captured in a boric acid solution that is titrated with hydrochloric acid.

“The majority of our work is done by this method. In a good day, we have two shifts that can run about 10 racks of samples,” Katzenmeyer said. “It’s our most high-throughput method and the most commonly used for nutritional labeling.”

The Dumas Method is another traditional technique for protein analysis that involves the combustion of the sample and collection of the resulting gases. It involves far fewer chemicals and far less time than Kjeldahl, which is increasing its popularity, Katzenmeyer said. It involves applying high heat in a pure oxygen atmosphere; collecting gases; removing carbon dioxide and water; and analyzing the remaining nitrogen with a thermal-conductivity detector.

Both the Dumas and Kjeldahl methods are highly precise, with easily comparable results, but they have some obvious drawbacks. Non-protein nitrogen can be interpreted as protein, so one doesn’t know which proteins are involved, and one needs a multiplication factor to turn the nitrogen content data into protein.

More modern methodologies rectify those issues, and separation systems have been developed to determine the presence and amount of non-protein nitrogens and individual proteins, such as myoglobin,  denatured/undenatured whey, casein and alpha-lactalbumin.

Gel electrophoresis, for instance, uses electricity to separate and quantify protein macromolecules and fragments based on their size and charge. Liquid chromatography is another example, which takes liquid proteins (often dairy) and passes them through a column for the same purpose.

There is also mass spectrometry, which ionizes the components of a sample with an electron beam and then separates them with electromagnetic fields.

Of the more recent methods, however, near-infrared reflectance is most on the rise because of its incredible speed. It uses an infrared light directed at the sample, which causes vibrations in the chemical bonds and creates an energy spectrum that is analyzed and calibrated. “You could have a protein content reading on the production line in, say, 30 seconds,” Katzenmeyer added.

These recently developed methods, while more informative and specific, are generally more costly to execute. “They don’t separate very well, which is the difficulty with proteins. Imagine you have 10,000 proteins—you can’t fit all those peaks [one for each protein] in one little window. So, it gets much more complicated; more labor-intensive; and more expensive,” Katzenmeyer said.

The summary above is an excerpt from the “2014 Protein Trends & Technology Seminar Magazine: Formulating with Proteins.”