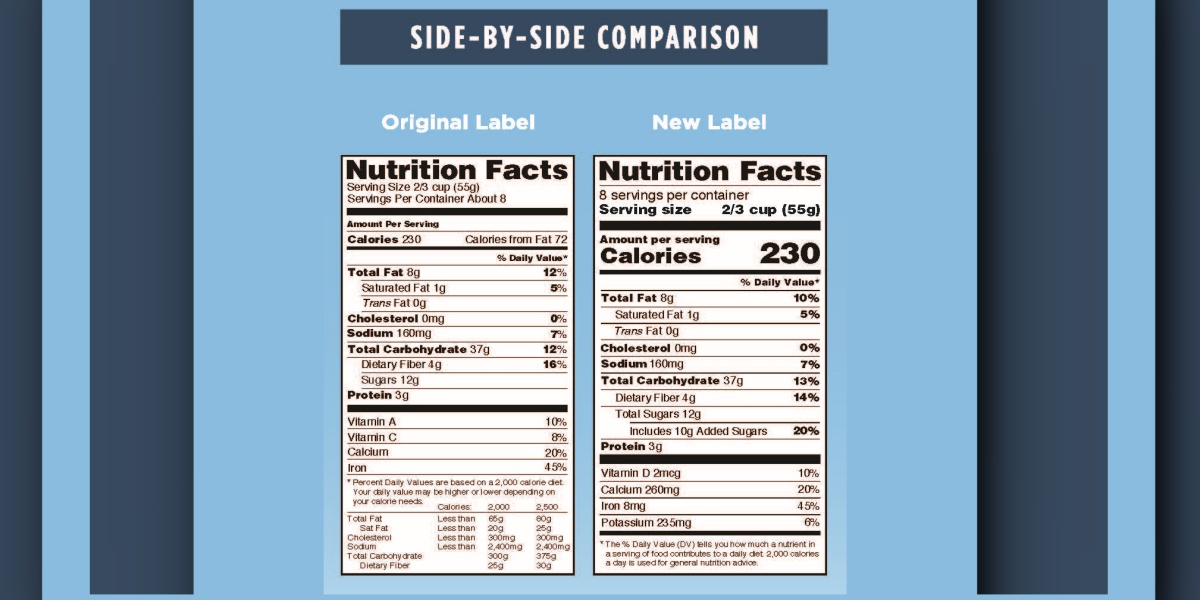 If developing products with nutritional goals in mind for a certain claim or label, the criteria for making those claims may change, noted Riëtte van Laack, JD, Ph.D., Director, Hyman, Phelps & McNamara, PC, in her presentation “The Present and Proposed Future of Food Labels,” given at the 2015 Protein Trends & Technologies Conference’s Formulating with Protein Technical Program.

“These are proposed regulations, so we don’t know what the end-result will be. But it’s clear things will change, and the industry has to be prepared to rethink certain things,” van Laack said.

One of the few and possibly only changes directly impacting proteins is a proposed increase in the reference daily intakes (RDI) for lactating women from 60-65g per day of protein to 71g. The FDA’s large draft proposal centers on the need to update the Nutrition Facts box with the goal of improving how information is presented to consumers.

Under current regulations, free amino acids used in conventional foods are regulated as food additives, which means their addition to foods is limited. In dietary supplements, amino acids are considered dietary ingredients and may be added without restriction (provided they are safe). [photo credit: Sandstein]

A new format for the Nutrition Facts box is one proposed change. The servings and calories would be noted in a larger, bolder typeface. Calories, in particular, would appear much more prominently than now. The other notable proposed change is that the Daily Value percentage column would be moved to the left, before the individual nutritional components. As with everything in the proposal, these items may still be tweaked, and the FDA has an alternative format already prepared for consideration.

Other proposed changes focus on certain line items now commonly listed in the box. “‘Calories from Fat’ is slated for removal and ‘Added Sugar’ will be added. The FDA is now defining sugars as ‘…syrups, naturally occurring sugars that are isolated from a whole food and concentrated, so that sugar is the primary component (e.g., fruit juice concentrate), and other caloric sweeteners.’ ” Examples would be brown sugar, corn sweetener, corn syrup, honey, invert sugar, lactose, maltose, malt sugar, molasses, raw sugar, turbinado, sucrose and trehalose.

There are currently no analytical methods to distinguish between naturally occurring sugars and added sugars, so this change could add a massive record-keeping requirement for companies.

The FDA is calling for changes to many of the Reference Amounts Customarily Consumed (RACC), which form the basis for determining serving sizes. Ice cream, for example, will move from half a cup to a full cup, and candy will decrease from 40 to 30g. “These proposed changes may indirectly impact protein in several ways,” said van Laack. They include product formulation changes due to interest in avoiding or decreasing certain nutrients.

Changes in RACC may also affect a food’s eligibility for claims. For example, yogurt’s proposed serving size reduction from 8 to 6oz may potentially affect its eligibility for a nutrient content claim.

Lastly, the FDA may suggest more changes in response to comments submitted to them. In the six-month period it permitted comments, the FDA received 278,000 of them. Among them was criticism of PDCAAS, the method currently used to determine protein quality for percent of Daily Values. It’s been noted that a 2013 WHO Report recommends replacing PDCAAS with Digestible Indispensable Amino Acid Score (DIASS).

Also at issue is the calculation of protein content based on nitrogen x 6.25 and amino acid spiking; this does not refer to the melamine problem, van Laack clarified. Rather, free amino acids used in conventional foods are regulated as food additives, which means their addition to foods is limited. In dietary supplements, on the other hand, amino acids are considered dietary ingredients and may be added without restriction (provided they are safe). However, protein content may not be declared on labels of dietary supplement products that contain only individual free amino acids.

This leaves a number of questions unresolved, said van Laack. “What about dietary supplements that contain both proteins and individual free amino acids?”

The FDA is aiming for mid-2016 to finalize the proposals. The revised labels and reformulated products would be required 2.0 years later.

The summary above is from the 2015 Proteins Trends & Technologies Post Conference Formulating Magazine.