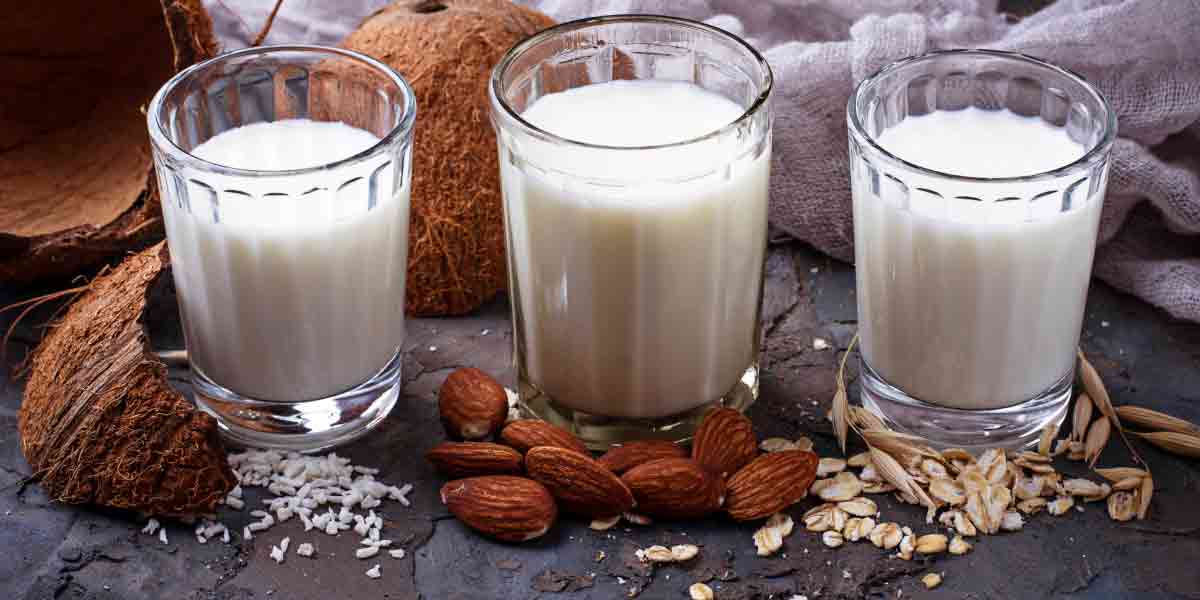 Some already are. O’Connell suggested today’s food and beverage consumers’ needs and expectations have evolved well beyond the original intents and purposes of SOI. The original reason the U.S. government established SOIs was in order to protect against adulteration, food fraud and the use of inferior ingredients. Conversely, SOIs also help protect product categories against lower cost, lower quality competition…as in butter vs. margarine, for example. 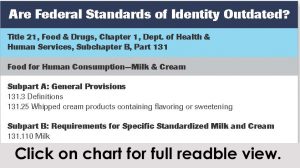 “Today’s deviations from standards are not so much about adulteration and the use of inferior quality ingredients, but more about technological advances made to ‘improve’ foods,” said O’Connell. This begs the question: What constitutes “improvement?”

Since 1939, the U.S. Food & Drug Administration (FDA) has established more than 280 standards, largely for staple foods and beverages, said O’Connell. The U.S. Department of Agriculture (USDA) also has authority to establish standards in consultation with the FDA. Two product segments of particular relevance to the SOI debate are dairy (in particular, plant protein-based products labeled as “milk” and the emerging sector of meat alternatives, including cell-cultured meat proteins).

O’Connell pointed out that violations of existing SOI are hardly unique. For example, she said, “The U.S. Code of Federal Regulations (CFR) defines ‘milk’ as a ‘lacteal secretion, practically free from colostrum, obtained from one or more healthy cows.’” Click here to see a selection of dairy products with established Standards of Identity.

Sheep and goats need not apply, which may come as news to some cheese manufacturers. Similarly, she continued, the CFR defines “flour” as acquired by “grinding and bolting cleaned wheat, other than durum and red durum wheat.” So, oat, potato, barley, rye and other bread flours also need not apply.

Bread is also implicated, as “the SOI for bread requires that it be made using ‘flour, bromated flour, phosphate flour or a combination of two or more of these;’ ergo, only wheat flour.” Small wonder, then, that more emerging foods are all but guaranteed to raise concerns about outdated SOIs and the need for potential reform.

The FDA and USDA are both under pressure from a number of sectors to address these questions quickly. In a fairly recent case, the FDA cited the alternative vegan mayonnaise product, Just Mayo, for not containing eggs, as per the SOI for mayonnaise. The FDA allowed a compromise by accepting the addition of qualifying language to the product label.

The National Milk Producers Federation recently petitioned the FDA to enforce existing “imitation” labeling requirements against non-dairy soy and nut milks. The U.S. Cattlemen’s Association also petitioned the USDA’s Food Safety and Inspection Service (FSIS) to enforce a USDA-derived standard that defines “beef” as product “born from cattle, raised and harvested in the traditional manner.” This would preemptively target the potential threat posed to cattle producers by beef alternatives, such as plant-based or cell-cultured beef proteins.

A further complication is that individual U.S. states are taking the initiative to regulate these products on their own, which could throw a monkey wrench into interstate commerce considerations. Within the last two years, the State of Missouri prohibited the misrepresenting of “meat” by any product not directly produced from livestock or poultry.

In 2019, the State of Arkansas passed a law prohibiting the mislabeling of products containing meat and rice, in order to preempt imitative or cultured alternatives. O’Connell warned that these actions mark only the first trickles in a pending flood of similar state initiatives, so pressure has ratcheted up on both the FDA and USDA to develop pre-emptive regulatory guidelines for such products.

“One very important aspect, from a legal perspective, is that we need to consider what consumers think about these products,” added O’Connell. “Do consumers understand the differences?” The FDA issued a press release in 2018 declaring their intention to investigate consumers’ understandings of nutritional and other differences between these products—especially in relation to their public health consequences. But, while recognizing that it ultimately should be all about consumers, one should also recognize that nothing moves quickly in Washington, D.C.

This presentation was given at the 2019 Protein Trends & Technologies Seminar. To download presentations from this event, go to https://foodproteins.globalfoodforums.com/category/food-protein-rd-academy/