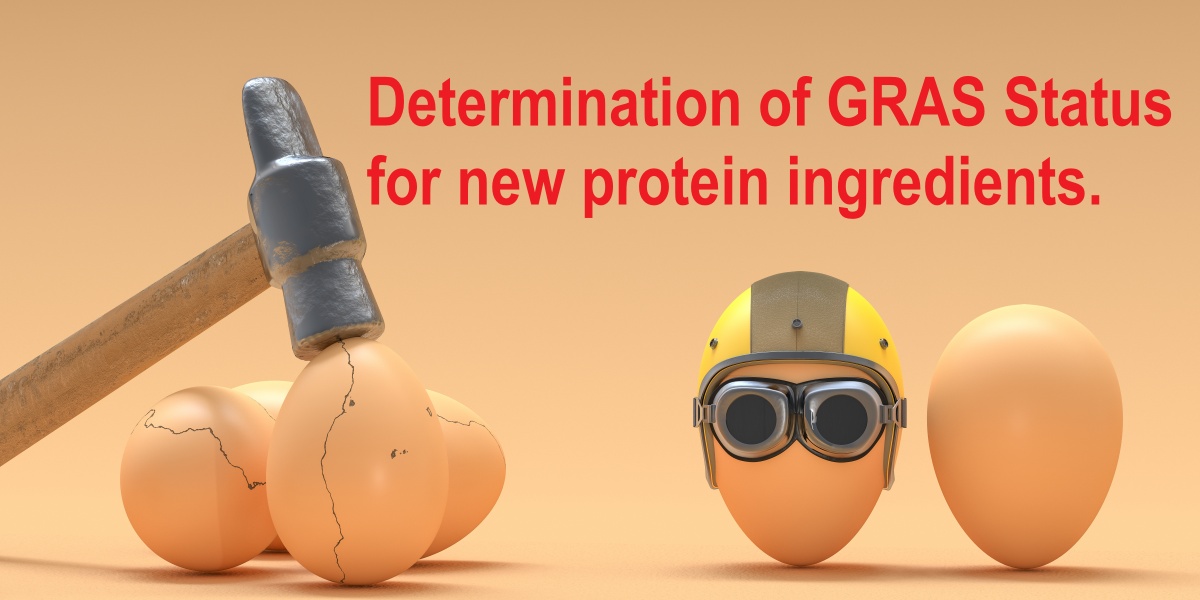 October 14, 2014 – New protein ingredients are developed for a number of reasons, such as replacing allergenic proteins, providing more gluten-free or vegan options, or satisfying consumer demands for “natural” or “healthier” food options. As such, communication with consumers regarding regulations on protein claims & ingredients is important for reasons of food safety.

As explained by Kathy Musa-Veloso, Director, Ph.D., Health Claims and Clinical Trials, Food and Nutrition Group at Intertek Scientific and Regulatory Consultancy, “In the U.S., introduction of ‘novel food’ ingredients is typically conducted via the GRAS-exemption procedure to avoid the costly delays associated with pre-market approval by FDA as a food additive.”

Determination of GRAS status in the U.S. is unique in the global world of food regulations, as evaluations are completed by the manufacturer (self-GRAS), who consults experts qualified by scientific training and experience to evaluate the safety of substances directly or indirectly added to food. Views are based on scientific procedures or experience based on common use in food (prior to 1958).

Musa-Veloso stated, “Pivotal data must be generally available to the scientific community. If the food was in common use prior to 1958, less scientific evidence is required. There must be evidence of substantial history of consumption by a significant number of consumers. If common use of the food was outside the U.S., then two independent sources must confirm history and circumstances of use.”

In Canada, “novel foods” are defined as those not having a history of safe use; or a food that has a process not previously applied to that food; or one that causes the food to undergo a major change; or is derived from a GMO plant, animal or microorganism. Novel foods require pre-market notification, rather than pre-market approval, in Canada.

Safety considerations unique to proteins include not only an evaluation of their potential allergenicity, but also an assessment of the levels of certain inherent toxins and other bioactive components. Limits on naturally occurring toxins may need to be established. Examples include glycoalkaloids (a-solanine and a-chaconine), a group of natural toxins specific to the Solanaceae family of plants (potatoes). Erucic acid is a natural toxin in canola, while soybean isoflavones may be undesirable in children at high levels.

Environmental impurities, such as pesticides, heavy metals and aflatoxins, also need to be considered. Processing impurities, such as lysinoalanine, can be produced in proteins that are subjected to prolonged exposure to high temperatures and/or alkali conditions. Acrylamide can be produced under conditions where proteins rich in asparagine are heated in the presence of reducing sugars. Trypsin inhibitors are common in significant quantities in plant-derived protein isolates. Toxicology studies may be needed, as determined on a case-by-case basis.

When it comes to claims, various types exist for proteins in the U.S., including nutrient content claims, structure/function claims and health claims. Claim regulations differ across jurisdictions from U.S. to Canada to Mexico and the EU. In Canada and the U.S., protein quality must be considered in determining whether a food qualifies for a protein nutrient content claim.

With respect to allergens, there is remarkable similarity across the three jurisdictions in foods that are considered top allergens. Opportunities abound for the development of new proteins that are non-allergenic, gluten-free and of high nutritional quality. In several key markets globally, there are mechanisms to communicate the health benefits of protein.