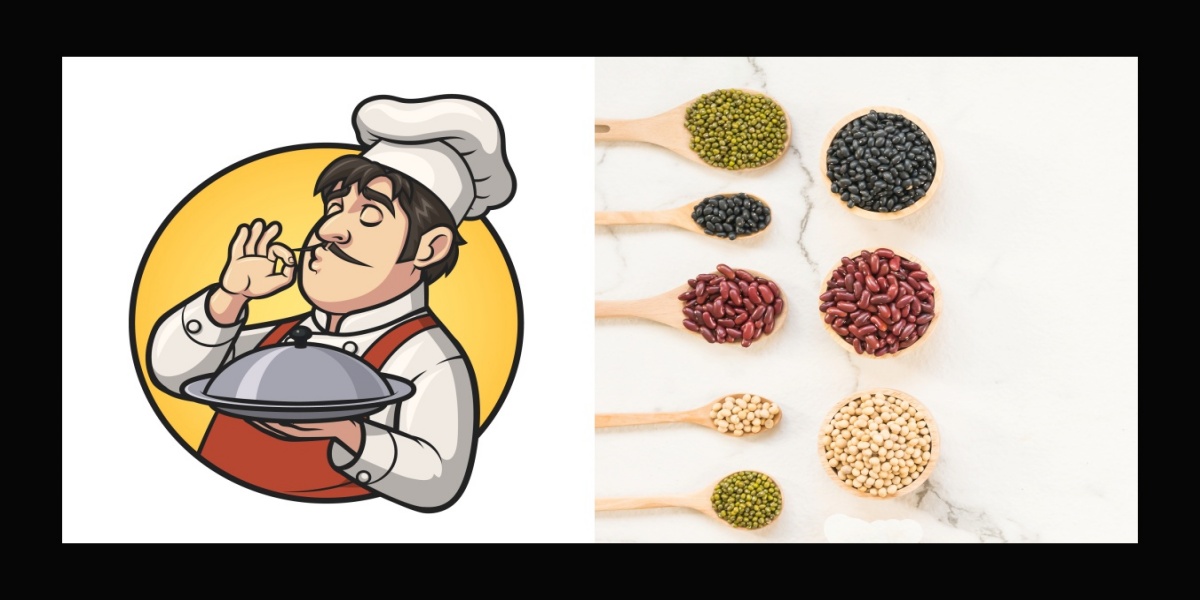 September 3, 2013 – One speaker faced the unusual challenge of giving a presentation, while also monitoring his staff’s preparation of food prototypes in a nearby kitchen. In a presentation entitled “Pulses–a 21st Century Protein,” Charlie Baggs, President and Executive Chef of Charlie Baggs Culinary Innovations, took a culinary approach to protein by demonstrating how pulses can be used in an upscale and modern manner.

Described as an “ancient and abundant, underutilized resource,” pulses are a low-cost source of protein for much of the world’s population. Pulses are defined as the seeds from the pods of a leguminous crop, such as beans (kidney, lima and mung, to name only a very few); dry peas (chick, pigeon, black-eyed); and lentils, among others. They are a sustainable crop that is easy to cultivate and drought-tolerant, noted Baggs. Additionally, pulses are not a typical source of allergens; that makes them a viable alternative for gluten-free applications. Nutritionally, besides the 20-25% protein they contain (which can be used in a complementary manner to create complete proteins in vegetarian dishes), they also contribute relatively high levels of iron, magnesium, phosphorus and zinc. Additionally, they have a low glycemic index and, thus, can help stabilize blood-glucose levels after consumption. 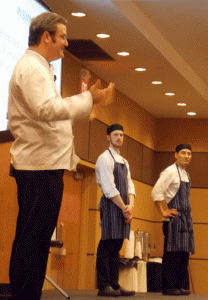 Baggs explained an approach to recipe/formula development advanced by his company; it is called BASICS™, which stands for Balance, Acidity, Saltiness, Intended flavor and texture, Color and Sweetness. When applied to pulses, the use of yellow pea flour provides balance as a natural protein enhancer that can be used in baked products, drinks, cereals, porridges and snack foods. Pulses do not present an acidity challenge; they create a nice platform for sweetness. And, they can provide a balance to salt. They also complement intended flavor and texture; for example, chickpeas provide the nutty flavor and texture of hummus and falafel, and, depending on the pulse, they contribute minimal-to-defining colors and aromas. Some can be great carriers for flavor. On the sustainability front, they are easy to cultivate and drought-tolerant.

Baggs provided an insightful piece of advice in regards to working with new ingredients…it was simply to taste each one before incorporation into a recipe. A food scientist also presenting at this seminar strongly concurred that this was an important action to take during formula development, as well.

In battered and breaded products, the use of pulse flours in the standard breading process yields a crispy texture that retains its quality under heat lamps, Baggs stated. If yellow pea flour is used, it can create a yellowish color that is desirable in fried products. In another example, green split pea flour retains its pigments and can be utilized as a coloring agent (think of split pea soup). In meat products, pulse flours have a high water-holding capacity and potentially significant fat-absorption capacity, which leads to a juicier and tenderer mouthfeel and increased yields. These attributes were showcased in both the Chicken Sausage Tacos and Lamb Lollipops. Additionally pulse ingredients can extend meat products, which leads to additional cost savings.

EDITORS NOTE: YOU MAY ALSO BE INTERESTED IN READING 15 Health Benefits of Lentils, According to Science (+8 Delicious Lentil Recipes)